All You Need to Know About Gene Testing in Singapore 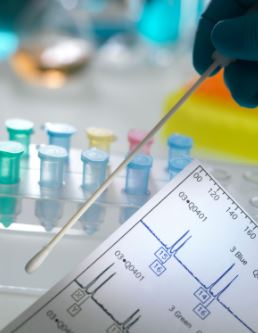 Genetic testing is done to diagnosis the variants or mutations in the DNA of any individual. It is useful in a various manner in the discipline of medicine. It also tends to change the nature of the medical care your family needs.

For instance, with the help of quick genetic testing, you might be able to diagnosis the higher risk of heart disease or cancer. With this ample information, you can reduce the probability of succumbing to the illness at a later stage.

There are different types of genetic tests done by a medical specialist, each varies according to the requirement and the symptoms associated. The tests are done with the help of saliva or taking a blood sample and the results can be received in a few weeks.

It is pertinent to mention that all family members share the same strains of DNA. In case of any change or defect in any gene, it can cause a genetic change in the other family members as well. The process of genetic counselling is recommended to check if checking your gene mutation with the help of genetic testing is the preferred option. It also ensures if your test was taken right and the results are also accurate.

The reason behind genetic testing:

The above mentioned are some of the reasons why gene testing advised by medical doctors. Sometimes owing to the reason that genetic tests are too expensive and won’t make any difference in the genetic makeup makes they irrelevant for testing purposes.

There are of course some other tests as well which are recommended by the doctors apart from typical genetic testing in Singapore. Those are:

Gene Expression tests: In different parts of the cells, genes are either turned on or expressed at different levels. The gene expression makes a comparison between the normal gene working and that of defective gene working. It is that difference that is significant for determining the change in any genetic makeup which is the onset of any disease. Apart from this, some of these tests are also used for breast cancer screening and chemotherapy.

As far as the results of tests are concerned, these could be positive, negative or uncertain. The positive results show the presence of the issue or disease whereas the negative result is all about no genetic change. In some cases, the negative result could be false as well. The medical situation determines the type of tests to be performed and how to be conducted.