Causes of Delayed Speech in Toddlers 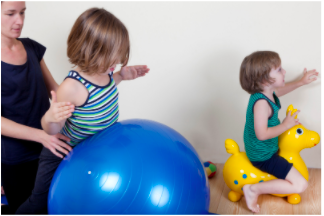 How often have you heard people loudly react when they find a three-year-old who is yet to talk? How often have you asked the question, “he hasn’t spoken yet?” This question can be overwhelming for parents because they cannot understand why their child is yet to utter a word. Instead of getting worked up over speech delays, parents should seek speech therapy Singapore to determine the cause of speech delays.

Developmental delays are common in 10-15% of toddlers. The first sign of speech and language development skills is cooing in infants. After a few months, the cooing changes into meaningless babbling and ultimately, the first understandable words.

One of the early signs that many parents miss is an infant who isn’t cooing at two months. Unfortunately, many first-time parents may not identify this tale-tell sign. At 18 months, most children can say simple words, such as “mama” or “dada”.

Unfortunately, not all children go through this process. When a toddler turns three without speech, whether unintelligible or understandable, the child may have delayed speech. A speech therapist Singapore will assess the child to determine the cause behind the delays and the probable solutions.

Qualified speech therapists in Singapore have identified several causes of speech delays, including;

Problems with the mouth, tongue, or palate.

Ankyloglossia, commonly known as tongue-tie, is a condition where the tongue connects to the floor of the mouth. This medical condition has been responsible for delayed speech in some children. Tongue-tie makes it difficult for the child to create certain sounds, including D, L, R, S, T, Z, and th.

Parents are often encouraged to speak to their children even when they are unlikely to get a response. The reason behind this is children need language stimulation. Engaging with children is crucial in language development, and ultimately, speech. Toddlers from homes with limited speech often delay speaking because they have no one with whom to engage.

Similarly, babies who face abuse are usually not confident, which may affect their ability to speak. A speech therapist Singapore will try to find out much about the child’s home environment when attempting to find the cause of delayed speech.

Toddlers usually mimic words they often hear at home. Those with hearing loss, poor hearing, or those who hear distorted speech may experience difficulty achieving the speech milestone. Speech therapy Singapore notes that children with hearing loss fail to acknowledge an object or even a person. They also fail to use gestures.

Since it is difficult to tell that a toddler is experiencing hearing difficulty, a speech therapist Singapore will tell if this is the cause for speech delay.

Some parents discover that their child is on the autism spectrum because of delayed speech. This is because speech and language problems are a sign of autism disorder. Some of the visible signs of speech difficulties in autistic children include repetitive phrases, failure to create new phrases, impaired communication, poor social interaction, and speech regression.

Parents need to maintain an open mind when it comes to delayed speech in toddlers. It is best to seek speech therapy services for support.